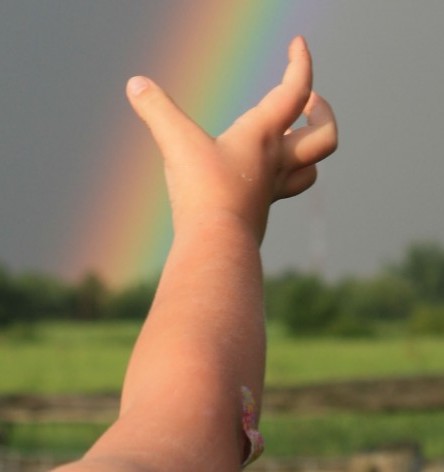 Inventions are born out of dreams and often they stay that way – unrealized. Realizing that your dreams are just a path to how you want to lead your life could help you get out there and put them to the real test – reality.
In our own minds we are kings and queens. We set the rules and we determine what works and what doesn't. Rabbits fly. Cats bark. The Eurovision Song Contest is entertainment, not torture. The most tangible form of this version of solipsism is lucid dreaming. A mental state in which you become aware of yourself dreaming and being in control of that dreamworld, allowing you to fly or do anything imaginable.

Dreaming enables us to create

Dreamworlds exist not only when we're sleeping but they're also an important part of the creative process. Every invention started out as a "what if" in someone's mind. The "what if" mode of thinking is a result of a feature of the human psyche, the ability to simulate. However the simulations we make, whether preparing a market plan or considering crossing a stream, only are as reliable as the data they're based on. Simulations that lead to acts of courage deal with incomplete or inaccurate data. The act that was in retrospect seen as courageous was in fact a big miscalculation that just happened to work.

In rare cases, new products and services are born the same way. This however is far from the rule. Successful businesses are born from meticulous thinking, planning and testing.

There is something comfortable about that dreamworld however. It is so cozy in there that what may be stopping you from going out there to talk to your customers or designing that test to see if they need and want what you are offering, is your fear of losing that world. This isn't rare. Lots of people spend their lives thinking up ideas but they never act on them or confirm them. Just like people have a hard time walking up to the person they have a crush on and acting on it. Uncertainty is by many preferable to knowledge.

Ideas are paths to your goals

The best way to overcome that fear I think is to be aware of what your goals in life are. Why do you want to create this new product or service? And do not accept "financial independence" for an answer. Ask "why" repeatedly. Perhaps you'll be surprised at what your real motivation is. For many it is freedom and self-determination. And there are many paths to leading a life characterized by that.

Your product idea is a way to achieve that goal, one out of many. Even if the dream you've harbored for years doesn't work out the way you hoped, you still had the courage and determination to find out. You will know how to fine tune, develop and build on that idea to find the one that leads you to the real goal.

So don't become infatuated with your paper product or dream. Get it out there in the line of fire. Throw reality at it and see what breaks. Put a dent in the universe and focus on where you want to be in the end. Challenges and hardships on the road to realizing that product idea will suddenly be so much easier to face and handle.

I'll end with a quote from one of my favorite books of all time, "Sophie's World" by Jostein Gaarder. Think about this question while reading the following passage: Are you you the eternal infant or the insect for whom the world is just a habit?

"If a newborn baby could talk, it would probably say something about what an extraordinary world it had come into. We see how it looks around and reaches out in curiosity to every thing it sees… but long before the child learns how to talk properly – and long before it learns to think philosophically – the world will have become a habit. A pity, if you ask me… a lot of people experience the world with the same incredulity as when a magician suddenly pulls a rabbit out of a hat which has just been shown to them empty. In the case of the rabbit, we know the magician has tricked us. What we would like to know is how he did it. But when it comes to the world it's somewhat different. We know that the world is not all a sleight of hand and deception because we are in it, we are part of it. Actually we are the white rabbit being pulled out of the hat. The only difference between us and the white rabbit is that the rabbit does not realize it is taking part in a magic trick. Unlike us. We feel we are part of something mysterious and we would like to know how it all works…. As far as the rabbit is concerned, it might be better to compare it with the whole universe. We who live here are microscopic insects existing deep down in the rabbit’s fur. But philosophers are always trying to climb up the fine hairs of the fur in order to stare right into the magician's eyes."